Many things leap to mind when someone mentions walking: fitness, fun, fresh air, relaxation, friends and maybe your most comfortable pair of shoes.  But a word that rarely arises is “power”.

That will begin to change after the 2017 National Walking Summit (held in St. Paul, Minnesota September 13-15), which is themed “Vital and Vibrant Communities—The Power of Walkability”.

Like earlier summits, this event brings together people of all backgrounds to strategize ways of making sure the advantages of walking can be shared by all, no matter what their income or where they live.

Walking advocates once focused primarily on physical health —spurred by mounting evidence that physical activity is key to preventing disease—but now are stepping up to promote social, economic and community health. Their ultimate goal is to transform towns and neighborhoods across America into better places for everyone to live.

“The power of walking is becoming more clear all the time,” declares Kate Kraft, executive director of America Walks. “Community connections, social equity, a sense of well-being, business opportunities, affordable housing, more choices for kids and older people, a cleaner environment—these are some of the benefits of walkable places.”

Streams of medical studies now document the central role physical activity plays in fending off disease and disability. Chances of depression, dementia, colon cancer, heart disease, anxiety, diabetes and other conditions drop by at least 40 percent among people engaging in moderate exercise such as walking.

A landmark study issued last year found that sedentary habits are a bigger health threat than high blood pressure or cholesterol— about the only thing more dangerous than inactivity is smoking reported the New York Times.  This followed on the heels of a Cambridge University study showing that a lack of exercise increased your risk of death twice as much as obesity.

All the scientific data persuaded former Surgeon General Vivek H. Murthy to issue a landmark Call to Action to Promote Walking and Walkable Communities in 2015, which has been compared to the 1964 Surgeon General’s report on the dangers of smoking. “Walking helps people stay both physically and mentally healthy,” Murthy wrote, calling on us “to increase walking by working together to increase access to safe and convenient places to walk.” 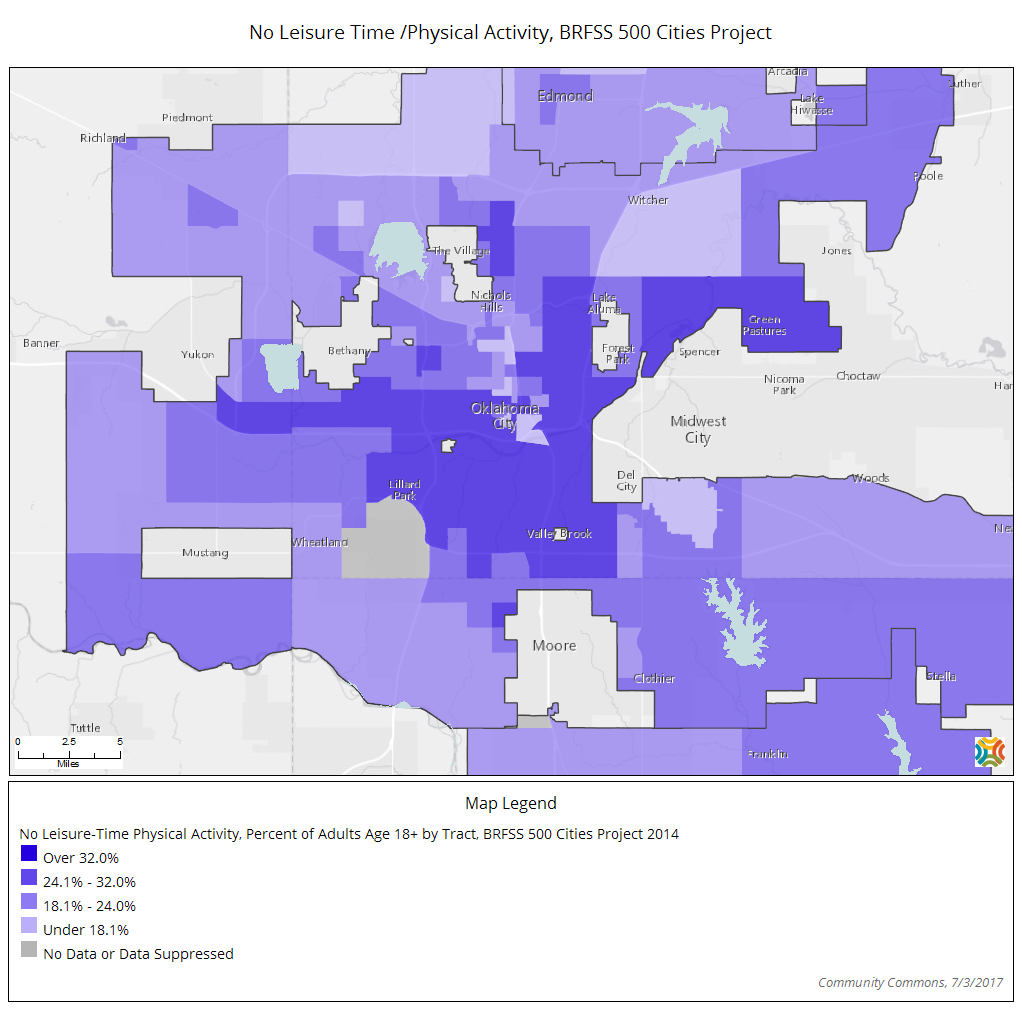 Walking stands out among all other exercise because: 1) It is free; 2) It requires no special training or equipment; 3) It can be done almost anywhere at any time; and 4) It is already Americans’ #1 favorite physical activity.  The US Department Transportation reports that Americans reported walking 14 percent more in 2012 than in 2002 (latest figures available).

“The health benefits of walking are so overwhelming that to deny access to that is a violation of fundamental human rights,” declared sociologist Robert A. Bullard, founder of the environmental justice movement, at the 2015 Walking Summit. “All communities should have a right to a safe, sustainable, healthy, just, walkable community.”

“If you have walkable communities, kids will do better in school…seniors will be healthier,” said Ron Simms—a neighborhood activist from the African-American community of Seattle who later became Deputy US Secretary of Housing and Urban Development, at the 2015 Summit.

Better walking conditions also help low-income families economically.  Surprising new research from the George Washington School of Business shows “the most walkable urban metros are also the most socially equitable. The reason for this is that low transportation costs and better access to employment offset the higher costs of housing.” 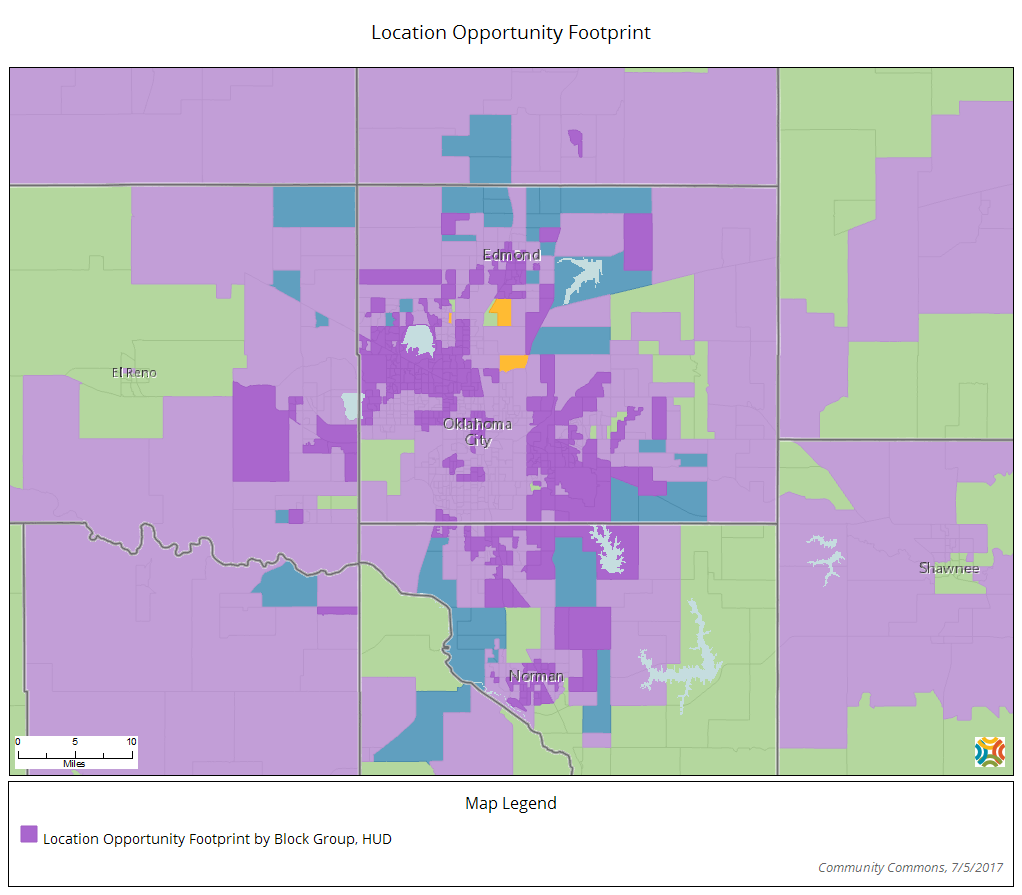 This is backed up with Federal Highway Administration data finding that families living in auto dependent communities spent 57 percent of their income on housing and transportation, compared to 41 percent in walkable communities.

This refutes widespread rumors that making a street safe for walking is a luxury important only to well-off people. Actually, low-income residents benefit the most because they travel by foot the most, especially kids.  “The fact is that we have twice as many low-income children [nationally] who are walking or biking to school than those in affluent neighborhoods, even lacking the infrastructure to protect the children,” reports Keith Benjamin, Transportation Director in Charleston, South Carolina.

“A big thing we could do to help low-income families is to make it easier to live without a car,” says community consultant Gil Peñalosa.  “And it would help middle-class families to switch from two cars to one.” The American Automobile Association calculates the annual pricetag of owning one car at  $8,500 a year—which goes a long way toward easing household budgets.

Safe, convenient and comfortable places to walk are fundamental to the forgotten one-third of Americans who don’t drive— the young, the old, the disabled and those too poor to buy a car. These people live under a form of house arrest in many US communities, unable to do much of anything—buy groceries, see friends, go the doctor, engage in favorite activities—without begging someone to chauffeur them. Communities from San Francisco to Birmingham to rural Iowa are pulling together to eliminate the roadblocks that deter people of all ages, incomes and racial backgrounds from walking.

Even companies not dependent on local customers are eager to locate in walkable districts—especially firms in the booming tech and creative fields, who realize the young talent they depend on to stay competitive want to work within walking distance of cafes, parks and cultural attractions.  “We moved from the suburbs to downtown Minneapolis to allow our employees to take advantage of the area’s many trails and to put the office in a more convenient location for commuting by pedal or foot,” explained Christine Fruechte, CEO of large advertising firm Colle + McVoy, in a newspaper op-ed. “Our employees are healthier, happier and more productive. We are attracting some of the best talents in the industry.” 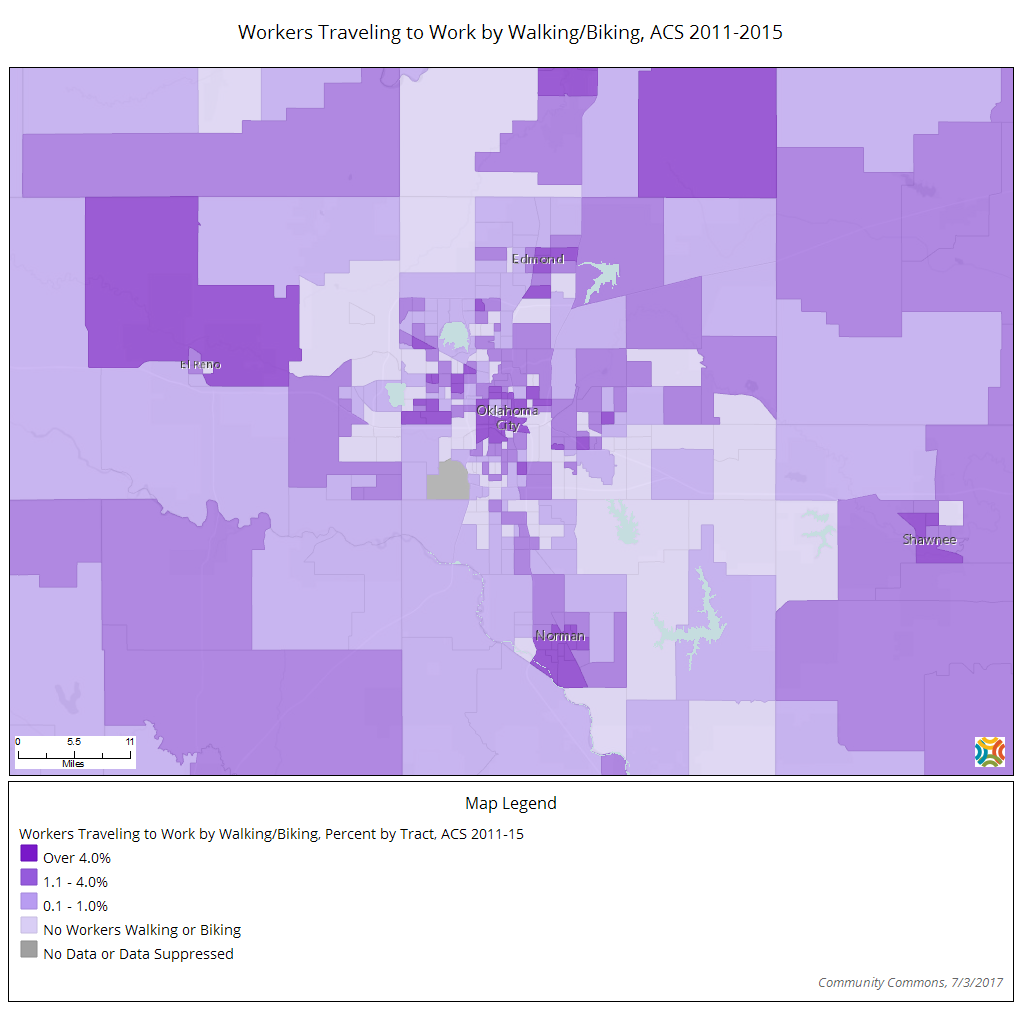 Many other companies find that walkable locations pay off in lower health insurance premiums. Thomas Schmid of the Centers for Disease Control and Prevention points to Volkswagen, which built a manufacturing plant in Chattanooga only after local officials agreed to extend a popular walking-biking trail to their door.

Eighty five percent of Americans express the desire to live somewhere walkable, making it the #1 quality they want in  a home, according to  the National Association of Realtors’ Community & Transportation Preference Survey. This is even more true for Millennials, millions of whom will be looking to buy their first home over the next few years.

“What makes people walk is [also] what makes great places to live,” emphasizes Harriet Tregoning, until recently a director in the Office of Community Planning at the US Department of Housing and Urban Development (HUD). “Walkability is the secret sauce that improves the performance of many other things” in our communities.

Former Surgeon General Regina Benjamin emphasizes that taking a stroll “is good for the social fabric of our communities”—creating new opportunities to connect with friends and neighbors, which is not only good for your soul but also your health. That’s why Benjamin added a walking path to the grounds of the health clinic she founded in rural Alabama.

Walking more is an important step you can take to avert climate disruption, air pollution, urban sprawl and other environmental threats. More than half the suggestions in 50 Steps Toward Carbon-Free Transportation, released last year by the Frontier Group research organization, involve walking.

Walking in the Heartland

Among the more than seventy sessions are:  How to Build Safe Walking Networks; Walking in Rural Communities; Creating Walkable Communities Without Displacement; You Are Where You Live and Creative Walkable Interventions.

Keynote speaker Tamika Butler—director of the Los Angeles County Bicycle Coalition—will showcase how her organization broadened their mission from sustainable transportation to social justice. “We must talk about public health, gentrification, people of color, women who feel harassed on the streets, older people, black men who fear for their lives on the street, immigrants who fear deportation,” Butler says.  “Walking for many people has everything to do with living full lives and being able to get around.”

St. Paul Mayor Chris Coleman—who launched a first-of-its-kind $42 million Vitality Fund to promote walking and other community improvements—will also speak at the conference along with racial and social justice leader Glen Harris from the Center for Social Inclusion and George Halvorson of the Institute for InterGroup Understanding, who made strides in launching walking movement as CEO of the  Kaiser Permanente health care system.

Participants will find specific information and inspiration to take back home by following one or more of the Summit’s six “paths” of subject matter:

Healthy Communities: People’s zip codes are as accurate as their genetic code in predicting a healthy life. That’s why it’s essential to put in place policies, programs and resources to ensure everyone has an equal chance for a healthy life.

Safe, Well-Designed Communities: Too many communities are designed for the ease of motorists with little thought of people who get around other ways. The focus here is practical approaches to provide safe, convenient transportation and affordable housing for all.

Open and Collaborative Communities: Wide-ranging collaboration explains the difference between towns, suburbs or cities that blossom and those that wither. What’s the key in getting people together for authentic conversations and effective partnerships?

Engaged and Informed Communities: Access to information and decisionmakers are two powerful tools for transforming a community. These sessions offer a detailed look at new methods to gather data, engage communities, mobilize citizens and influence local government and businesses to catalyze walking.

This is the first Walking Summit held outside Washington, DC.  “We’re really excited to showcase some of the success we’re seeing, but also share the challenges we have in Minnesota,” says Jill Chamberlain, chair of the local host committee and a senior program manager in the Center for Prevention at Blue Cross and Blue Shield of Minnesota, a featured sponsor of the event.

The Twin Cities metropolitan area in many ways represents a microcosm of America when it comes to walking. Minneapolis and St. Paul both rank relatively high for the rate of pedestrian trips among US cities, but until recently autos were the centerpiece of all urban planning in the region. Many suburbs lack sidewalks and other basic infrastructure for pedestrians. Concentrated populations of low-income households and/or people of color are found in both suburbs and cities. But there is a growing awareness that walking is important to future prosperity and quality-of-life—and growing numbers of projects to get people back on their feet.

Mobile workshops on the first day of the conference will fan out across the  area to investigate local initiatives that illustrate the power of walking— from  a police department campaign for pedestrian safety to a residential neighborhood with a small town feel to an inner city community torn apart by a freeway, which is exploring plans to reconnect itself by building a land bridge over the road.