Developed by Seabourne Consulting, experts in Menasha Joint School District has a Million Reasons to Grow

Menasha Joint School District has a Million Reasons to Grow

In the spring of 2018, Brian Adesso — Menasha (Wisconsin) Joint School District’s Director of Business Services — joined several district educators and staff on a visit to a small locally-owned business, Fork Farms. “I absolutely loved it!” said Brian, who found what he had been looking for — a way to bring the farm-to-fork movement into their schools.

MJSD serves more than a million meals a year, making it the largest “restaurant” in the city. This made Brian’s quest to get more local produce into school meals a difficult task. He had been researching programs and piloting products for years, but hadn’t found the right fit. Many of the earlier, self-contained farming options required too much money and square footage, lacked adequate production, or required a growing season that didn’t coincide with the school year. The solution he found at Fork Farms was a compact hydroponics tower called Flex Farms.

Hydroponics is a water based method of growing plants without soil. The Flex Farms towers and a growing table allowed MJSD to begin growing using only 400 square feet in an unused classroom on the third and a half floor of the high school. This out-of-the-way space had become a storage area after a school-wide renovation, and it’s location inspired the farm name — Cupola Crops

The self-contained growing towers require very little space — they simply need a standard outlet, LED lighting, and can be hand filled. Brian worked with the District’s maintenance department to tap into available plumbing so they could take full advantage of the tower’s built-in automatic irrigation system.

The next challenge to overcome was engaging members of the food service staff in the project. MJSD employs Chartwells, a national food service provider, to manage their kitchens and cafeterias. Chartwells, like many similar companies, usually spends years reviewing risks, developing procedures, and implementing protocols for using produce from school gardens in school meals as part of maintaining their high food safety and quality standards. With the hydroponic farm project, they had just over two months to work through a similar process. After a series of phone calls, Brian finally found two partners willing to champion the farm project; one within the Chartwells central office and one on-site at the high school.

Debra Grossinger, Assistant Director of Dining Services, knew firsthand what a difference this project could make in helping students learn where food comes from. One student had recently approached the food service team, complaining that her apple had a leaf on it. The student insisted that she be given a more acceptable apple — one that had not been grown on a tree. Wisconsin students aren’t alone here. The Washington Post reported that more than 16 million adults believe chocolate milk comes from brown cows and 40 percent of fourth graders in California didn’t know that hamburgers came from cows.

With her work cut out for her, Debra found help when one of her lunchroom supervisors expressed an interest in learning how to do the hydroponic growing. Fork Farms staff then led an initial training for MJSD staff and supported the “learn by doing” approach that has served the group well. As for staff time, MJSD found that the effort required to launch the project was less than they had anticipated, generally only requiring about one hour per day to check in on the farm once it was up and runninng

As a final step, the Menasha City Health Department also lent a helping hand by engaging their Environmental Health division to work alongside MJSD administration and food service staff to ensure food safety throughout the process — from growing the produce in the Flex Farms, to transporting the food down a flight of stairs, and finally, serving the produce on the plates of students and staff.

“We had some skeptics,” shared Debra. The lettuce they were growing was coming to the lunch lines just as the E.Coli outbreak was causing leafy greens to be pulled from menus around the country. However, the challenge in timing provided an opportunity to teach students about food supply and distribution chains. It was easy to show students where their lettuce was coming from and ensure its safety. MJSD was one of the only districts in the state to be able to keep serving the vegetable.

“I’ll tell anybody this…once they get a harvest in they will only want to grow more!” Debra shared enthusiastically. “We currently have nine towers and one growing table across the district, and next year we’ll expand to 18 towers.” Several elementary classes have visited the Copula Crops as part of their science and technology curriculum and enjoyed the morning’s harvest alongside the high school students at lunch. As part of next year’s expansion, a number of elementary classrooms will be adding towers and helping to drive research and development. The classrooms will test the ability of the towers to successfully grow pumpkins, cherry tomatoes, and strawberries, among other produce.

What’s more, MJSD’s adoption of the hydroponic farm project has spurred other districts to do the same. Brian has had the opportunity to share what he and colleagues have learned with administrators and educators from across the state of Wisconsin. To date, five additional districts have reached out to learn more and have begun their own farming projects. The compact hydroponic systems allow for flexibility and each of the new districts will be able to adapt the project to meet their local needs. One group is using the growing towers as a learning lab housed in the middle of their school cafeteria, and another has Future Farmers of America (FFA) students managing their installation and food growing as part of a leadership project.

Perhaps most important, Brian says, “There is a need to get over our fears. It’s too easy to say no. Get out of your comfort zone, go all-in, and decide to do it!” The feedback from students and staff alike about the improved freshness and great taste of the produce says a lot about the success of the project, as do the numbers. MJSD has already been able to replace 30 percent of what they used to purchase for the high school with what they are able to grow on site, and more students are eating vegetables: sales of salad entrees has doubled since last year. Brian and Debra see this as just the beginning. They have an ambitious, yet attainable goal of growing 100 percent of the leafy greens served in their district on site, which they hope will lead to a continued increase in consumption of healthy foods, and ultimately, growing student well-being.

Stacy Wegley, MS. Stacy is public health practitioner, community facilitator, and photographer located in Cincinnati, OH. She is a Senior Associate for Community Initiatives and IP3 and contributing writer for Community Commons. 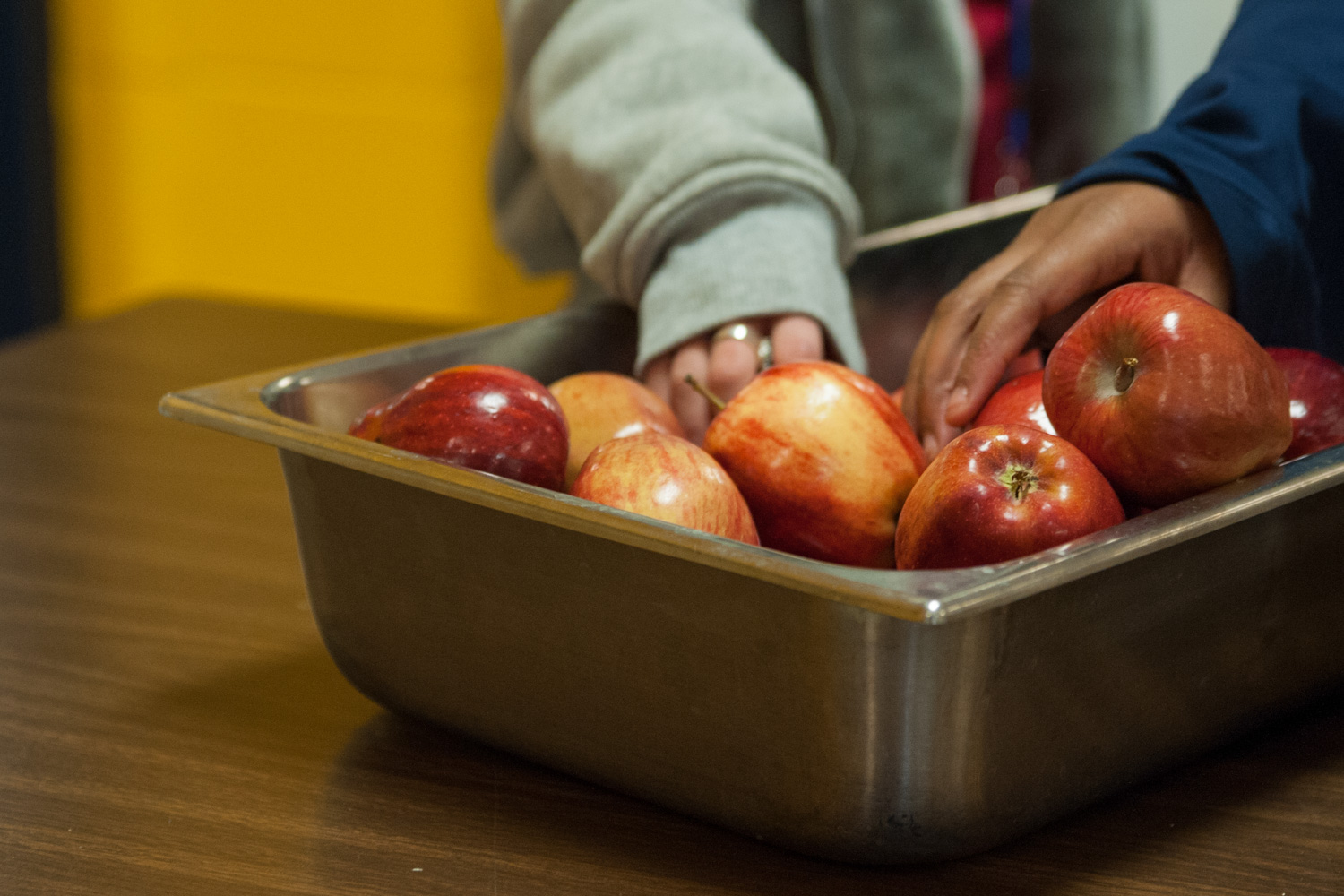